It’s that time of the year again, when national pride runs high and Singaporeans – those not lucky enough to get tickets anyway – gather in front of their televisions to watch the National Day Parade. For some though, it’s time to gather up the picnic mat and go camp out to catch the fireworks show live! Since the venue of the National Day Parade shifted to the National Stadium this year, the usual Marina Bay spots won’t get you the best views anymore. Here are the spots you should head to if you want to see the National Day fireworks this year! 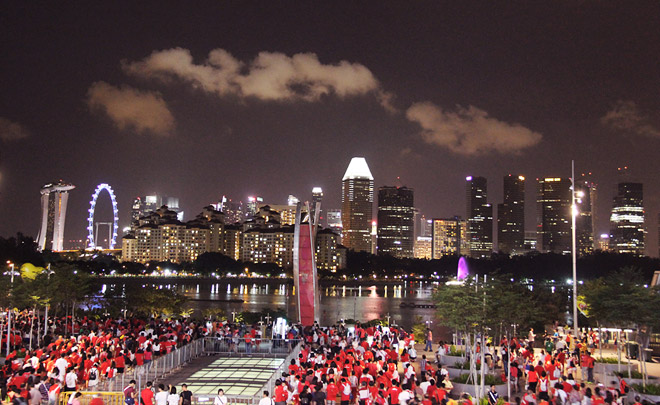 You’ll be closest to the epicentre of the fireworks, being right outside the National Stadium, but be prepared for crowds! This is the obvious choice for catching the fireworks and pyrotechnics show. Getting here is easy with three MRT stations at your disposal. Either take the Circle line to Stadium MRT Station (CC6), which exits directly to the Singapore Sports Hub, or exit at Mountbatten MRT Station (CC7) which is about 600 metres from the Sports Hub. You can also exit at Kallang MRT Station (EW10) on the East West line, which is also 600 metres from the Sports Hub but with a covered walkway. 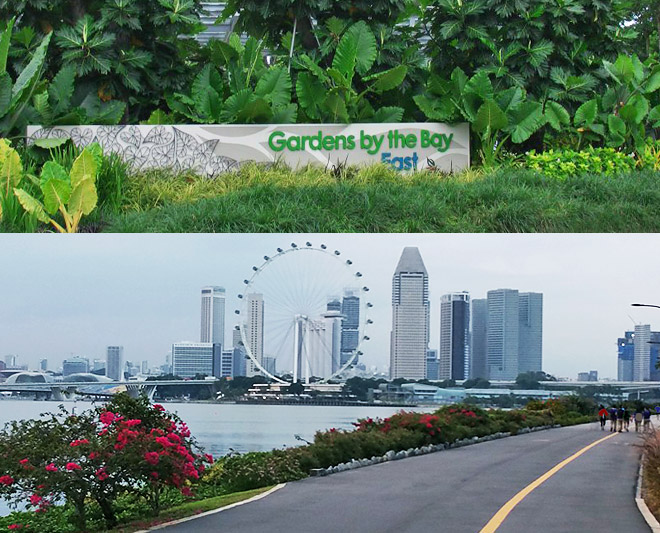 Across the Kallang Basin lies Bay East Gardens – an extension of the more popular Gardens by the Bay – and the Tanjong Rhu Promenade. There’ll be fantastic views of the fireworks here in addition to waterfront views! Getting here is a little trickier, as it’s a residential area that normally doesn’t see too much foot traffic and the Tanjong Rhu MRT Station is only slated to be completed in 2023. You’ll have to take bus numbers 11 and 158 – use transport apps that have a journey planner function such as SBS Transit’s iris App, available on both the App Store and Google Play.

But what if you don’t want to squeeze in with the crowds? Well, it’s still possible to catch the fireworks in your own private space with air-conditioning. It’s likely that you won’t catch the full fireworks show though, and you’re going to have to time this really well, and it’ll cost you some money unlike the other spots we mentioned, but hey, there’s a price for everything. What’re we talking about? Well, you could always get an Uber, GrabCar or taxi and drive around Kallang Basin to catch the fireworks!

No, really, hear us out. It’s not as crazy as it sounds because the area around Kallang Basin is relatively low built, and your view won’t be obscured by skyscrapers. Of course we’re not recommending that you drive yourself, because you should always keep your eyes on the road, but sitting back, relaxing and enjoying the fireworks in your own private vehicle sounds good, doesn’t it? The National Day Parade fireworks generally start at about 8pm, so time your ride well! We suggest going along Nicoll Highway, Republic Avenue and the stretch of the East Coast Parkway between Sheares Avenue and Tanjong Rhu Flyover.

Tip! There are open areas along Republic Avenue and near the Merdeka Bridge along Nicoll Highway, so there might be space here if you want to hop off!

If you’re fine with being a bit further afield, here are a couple of other places you could try too if you don’t mind a partial or restricted view of the fireworks: